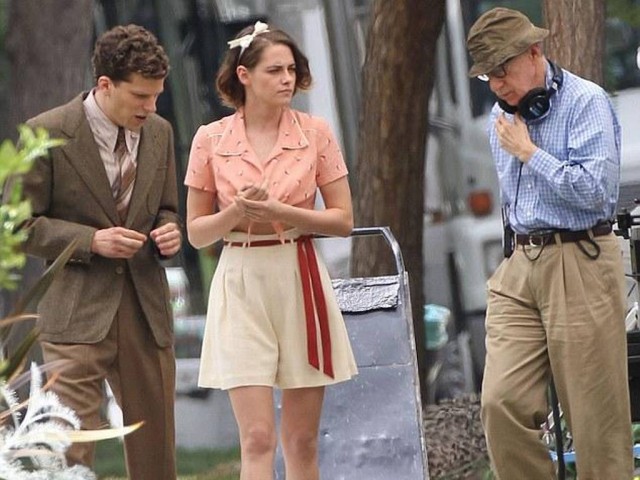 Stephane Celerier is the Chairman of Mars Distribution. He visited the set of the 2016 Film. He confirms the headline cast – Jesse Eisenberg, Kristen Stewart, Blake Lively and Steve Carell.

France is one of the big countries of Allen. Several of his films make more money in France than the US. It’s also worth noting that the French film community also loves Stewart. She was the first American actress to ever win a Cesar Award.

This follows Allen’s usual pattern. A limited US release in late July (from Sony Pictures Classics), and France opens late September-mid October. We expect distributors around the world are locking in their year and making scheduling decisions. We are bound to hear more soon.