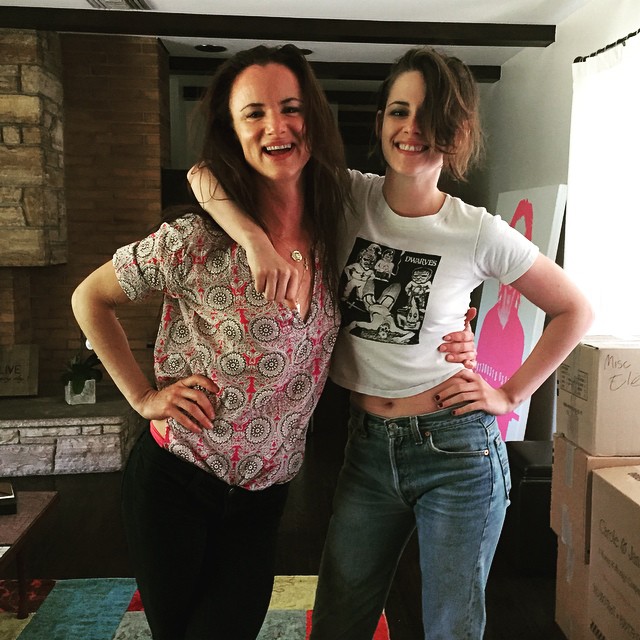 Had so much fun interviewing #KristenStewart for @ELLEUK ! My dog Teddy actually tried to yaknow “show his deepest affection” for her which I told her was a real compliment! LOL But either way we both fell inlove with her honesty and general badassery.

ELLEUK.com : We’ve got some very excited news for you all – Kristen Stewart will cover one of ELLE’s A/W15 issues and will be interviewed by none other than the amazing Juliette Lewis.

Having featured on two ELLE covers previously Kristen is a firm favourite of ours. She’s one of the highest paid actress in Hollywood and the face of Chanel with a badass attitude – the ultimate ELLE cover girl.

This time we wanted someone equally awesome to interview her so we asked ELLE friend, the formidable Juliette Lewis to talk with her…

The pair discuss being a woman in Hollywood, music, who’d win in a fight between Kristen and James Dean, and, of course, their love of dogs.

In praise of Kristen Stewart: an essay on Kristen & #CloudsofSilsMaria