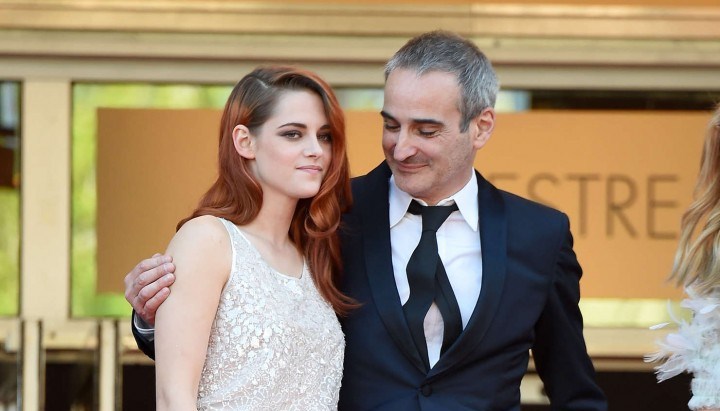 Le Parisien : Director Olivier Assayas will start at the end of October, in Paris, the principal photography of “Personal Shopper”, a ghost story in the fashion world, with Kristen Stewart in the leading role, has announced MK2 on Wednesday.
The film will be shot in English, and marks the reunion of Olivier Assayas with Kristen Stewart, he stagged in “Sils Maria”, out in 2014.
The actress of 25 was the first american actress who won the Best Actress in a Supporting Role Cesar this year for her role in this movie she starred alongside Juliette Binoche.
She has gained worldwide recognition for her portrayal of Bella Swan in the hit franchise of the Twilight Saga.
Olivier Assayas works again for this movie with producer Charles Gilibert (“Eden”, “Mustang”), who is working with him since “L’Heure d’Eté”, also with distribution partners of “Sils Maria”, les Films du Losange for France, and MK2 for the rest of the world.
The movie is co-produced by Detail Film in Germany, Scope Invest in Belgium, Sirena Film in Czech Republic. It will be distributed in the US by IFC and benefit of the Arte France Cinema and Canal Plus support.
Co starring alongside Kristen will be Sigrid Bouaziz, Lars Eidinger, Anders Danielsen Lie and Nora von Waldstätten.
Shooting will start in Paris on October 27 for two weeks, then moving between Prague, London and Oman.

Detail Film : During the day Maureen works for the bitchy Kyra as a personal shopper, to help her pay her stay in Paris. At night, she waits anxiously for a sign of her recently deceased brother. As Maureen suddenly starts receiving threat messages from a stranger who follows her every move, everything she has gets completely out of control.

Synopsis : Maureen, mid 20’s, has a job she hates: seeing to the wardrobe of a media celebrity. She couldn’t find anything better to pay for her stay in Paris. And wait. Wait for a sign from the spirit of her twin brother, who died a few month earlier. Until then, her life will stay on hold.