FILM INDEPENDENT : “When I first read the script, I thought it was just hilarious,” said Kristen Stewart at last Friday’s Film Independent at LACMA screening of Olivier Assayas’ Clouds of Sils Maria.

The film follows Maria, an aging international film star—played by Juliette Binoche—who must return to the play that launched her career 20 years prior. This time, however, she’ll take on the role of the aging actress while a hot young Hollywood starlet, with the paparazzi at her heels, will play the part that made her a star.

“[Assayas] had no idea that he was going to cast me when he wrote the script,” said Stewart. “It was like really, perfectly appropriate. It added a lot of irony and weight to some of the words that I was saying.”

But in the film, Stewart doesn’t play the young star with the tabloids chasing her. (That would be Chloë Grace Moretz.) Instead, Stewart plays Valentine, Maria’s dedicated personal assistant. “It was perfect for me assume that position of support,” said the 24-year-old actress, “because you couldn’t be so innately protective unless you had been through it.”

The role also allowed Stewart to offer commentary on her own celebrity. Throughout the film, Stewart gives Binoche updates on Moretz’s tabloid exploits. At one point, she even argues for why the scandal-plagued star matters as an artist, even though she’s making serialized Hollywood blockbusters aimed at pre-teens. “Because I am so inside of it, I was like, ‘Yeah, it’s so true, it’s ridiculous. It’s hilarious,’” laughed Stewart. “Yet now I look at it, and I’m like ‘Wow… that’s actually quite heavy.”

Even while playing a personal assistant, Stewart said she brought a lot of herself to the role. “So far, I’ve played people that have been really not too outside of my own realm of understanding,” she said. “And so any affectation or trying to distance myself in a way that would show an audience it’s not me—It’s like, ‘No no, it is me. It is fully fucking 100 percent me.’”

“Is that because you want to save something for the floor and if you rehearse it too much, there’s nothing left?” asked Film Independent Curator Elvis Mitchell. Stewart nodded. “I’m so scared of losing that. And I think as I get older, I realize that that fear is actually debilitating.” She continued: “Even if you say something once and you have this vague memory of a feeling, it doesn’t taint the one that might come later. Juliette has so much faith in that. And I’m like, ‘No, it has to be the one. It has to be the first time, and if it’s not the first time, then I don’t know what it is!’”

“I’m the most annoying person for a director to hire in the world,” she added, then arching her brow and becoming a director: “‘So we’re going to shoot it from over here now,’ and I’m like, ‘Oh really? I already did that.’”

Mitchell asked if the actress’ inclination toward doing it once and making it real has ever led her to think about theater. In response, Stewart just looked out to the audience with a sardonic expression on her face. The room burst into laughter. Stewart shook her head. “It’s just I have no experience with it and I haven’t watched much of it either. No, I’m from LA, man.”

In response, Mitchell hung his head and let his microphone slip to the ground. “What does that mean?” asked Stewart. “I’m not like an idiot, right?”

Then she launched into a defense of her anti-theater stance: “If I’ve really gotten to a point where I’m like, ‘this is what I need, this is the ultimate.’ It’s always when I feel subject to something completely out of my control,” she said. “I don’t want to see you show me something. I want to watch you find something. I want to watch you fall on your face and go, ‘What was that?’ And like, in relation to theater, I’m sure you could do that… I just love making movies.”

And in her film career—which has already spanned more than 15 years—Stewart said she’s finding herself increasingly drawn to smaller movies made by inspired filmmakers. For her upcoming projects she’ll work with such established names as Ang Lee, Kelly Reichardt and Woody Allen, as well as rising talents like Neimah Nourizadeh and Drake Doremus. 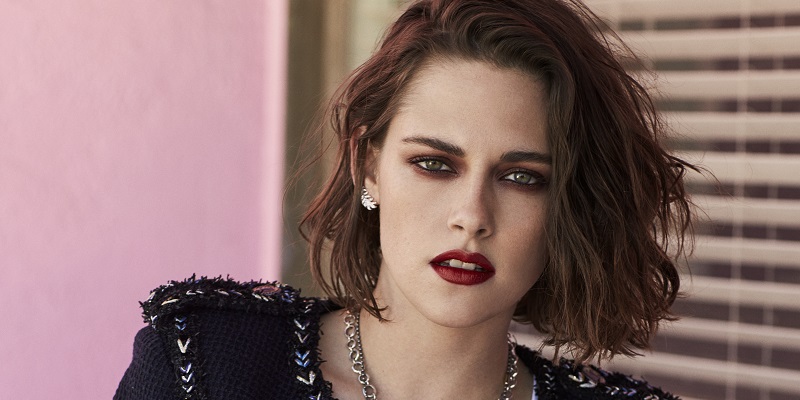