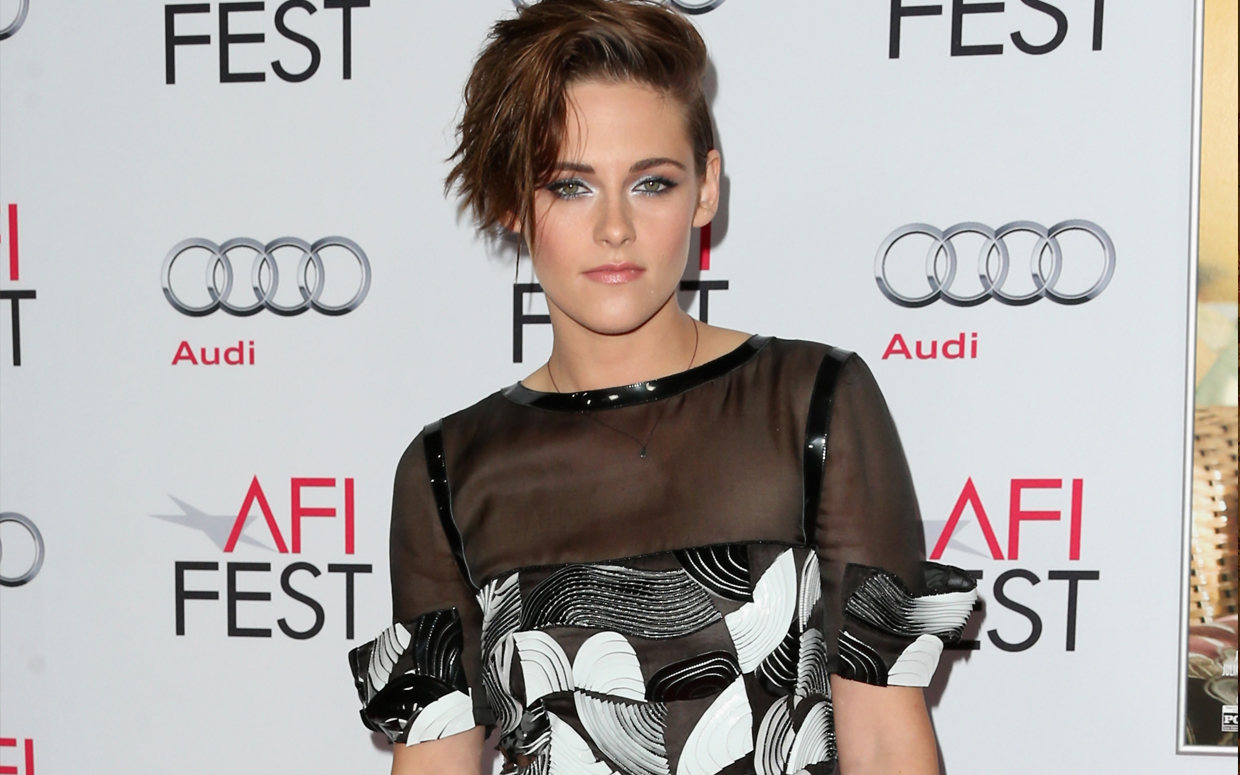 Parade Magazine : Even though Kristen Stewart is best known for her role as Bella Swan in Twilight, the
Los Angeles native has been acting in movies since she was 10. Following last year’s critically acclaimed drama Still Alice, Stewart, 25, lightens things up in the action-comedy American Ultra, in theaters Aug. 21.

You play Phoebe, the girlfriend of Jesse Eisenberg’s character, in American Ultra. What about the movie intrigued you?

It’s a spectacularly broad comedy, but it’s also grounded in a very sweet, genuine love story: Two unassuming stoner kids are thrown into, like, the Bourne Supremacy and turn into sleeper-cell-like agents fighting for their lives. It’s crazy.

As much as I can. I am definitely not a wimp. I didn’t entirely realize: Action movies hurt. You have to be down to take a hit. I went home with some serious bruising—and by the way, that’s the best. I would literally go home and be, “Check it out.”

Are you pleased with the life you’ve chosen?

At my age, people are just trying to figure out what they want to do, and I’ve been reaping the benefits for so long from a decision I made as a tiny kid. I feel like I got such a head start on the game. I want to keep running.

What are you passionate about?

I love writing poetry. It’s my favorite thing to do. I’m trying to push that into what I also love, which is filmmaking.

New Picture of Kristen at the ‘Meet the Filmmakers’ Podcast