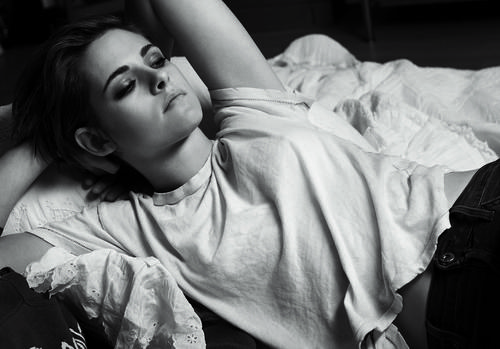 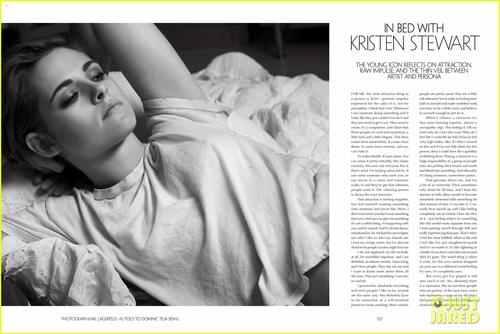 Source
On her type: “For me, the most attractive thing in a person is drive – genuine, impulse expressed for the sake of it, not for perception. I think that’s hot.”

On who she’s attracted to: “It’s not hard for me to figure out who I like or who my friends are. I trust my energy meter, but I’m also not afraid to let me people in who might hurt me.”

On taking on a difficult role: “I love putting myself through hell and really experiencing that pain. That’s when I feel the most fulfilled, when at the end I feel like I’ve slaughtered myself. And it’s so worth it.”

Kristen Stewart was photographed by Karl Lagerfeld for our upcoming issue, so Carine became acquainted with the shy actress for the first time. “If she does not know you, sometimes she is very insecure. It is strange, but sometimes you are very beautiful and very insecure. We all dream to be actresses—we all want to be Nicole Kidman and Angelina Jolie, but are they more happy than us? I’m not sure. It is difficult to be an actress, because when you are an actress, you can’t age. In fashion it is not easy, either, but usually I am not in front of the camera, I am behind, so it is easier for me. I think every beauty needs something weird—a little error or it’s not beautiful.”

IN BED WITH KRISTEN STEWART – THE YOUNG ICON REFLECTS ON ATTRACTION, RAW IMPULSE, AND THE THIN WEIL BETWEEN ARTIST AND PERSONA

“FOR ME, the most attractive thing in a person is drive – genuine impulse expressed for the sake of it, not for perception. I think that’s hot. Whenever I see someone doing something and it looks like they just couldn’t not do it and they just need to let it out. They need to create. It’s a compulsion, and I share that. These people are cool and mysterious, a little dark and a little elegant. That drive comes from somewhere. It comes from desire, it comes from curiosity, and you can’t fake it.

It’s indescribable. It’s just a bum. You can sense it pretty instantly, this inmate curiosity, because not everyone has it. That’s what I’m fucking attracted to. If you meet someone who fuels you, or say you’re in a room and someone walks in and they’ve got that vibration, people want it. The vibrating person is always the most attractive.

That attraction is fucking magnetic. You feel yourself wanting something from someone and you’re like, Wow, I don’t even know you but I want something from you. I feel ou can give me something. It’s not a selfish thing, it’s happening with you and it’s mutual. And it’s almost always instantaneous. It’s not hard for me to figure out who I like or who my friends are. I trust my energy meter, but I’m also not afraid to let me people in who might hurt me.

I do not approach my life tactfully at all. I’m incredibly impulsive, and I am definitely an intense weirdo. I love living and I love people. They trip me out and I want to know more about them all the time. That isn’t something I can turn on and off.

I personalize absolutely everything, and most people I like to be around are the same way. You definitely have to be somewhat of a self-involved person to create anything. Most creative people are pretty aware they are a little self-obsessed, but in order to fucking have faith in yourself and make confident work, you have to be a little crazy and believe in yourself enough to just do it.

When I choose a character it’s that same burning impulse, almost a sociopathic urge. This feeling of, Oh my God why do I feel this way? Why do I feel like I could die for this? It has to feel very high-stakes, like, If I don’t commit to this and if I’m not fully there for this person, then I could have the capability of deleting them. Playing a character is a huge responsability to a group of people who are putting their hearts and souls and blood into something. And ultimately it’s doing someone, somewhere justice.

That pressure drives me, and I’m a bit of an extremist. Films sometimes only shoot for 20 days, and I have the stamina to fully allow myself to become absolutely obsessed with something for that amount of time. I can take it. I can really beat myself up and I like feeling completely out of control. I love the idea of it – just feeling subject to something, like this world exists separate from me. I love putting myself through hell and really experiencing that pain. That’s when I feel the most fulfilled, when at the end I feel like I’ve slaughtered myself. And it’s so worth it. It’s like lightning in a bottle. If you don’t catch that one second then it’s gone. The weird thing is when it ends, it’s this very surreal dropped-on-your-ass-in-a-different-world feeling. It’s over, it’s completely over.

But every girl I’ve played is still very much in me. Yes, obviously there is a separation. We are not these people who we portray. At the same time, every role represents a stage of my life that I feel personnally connected to me. Oddly my characters’s memories are my own.”

New Interview of Kristen during the Chanel Show in Paris 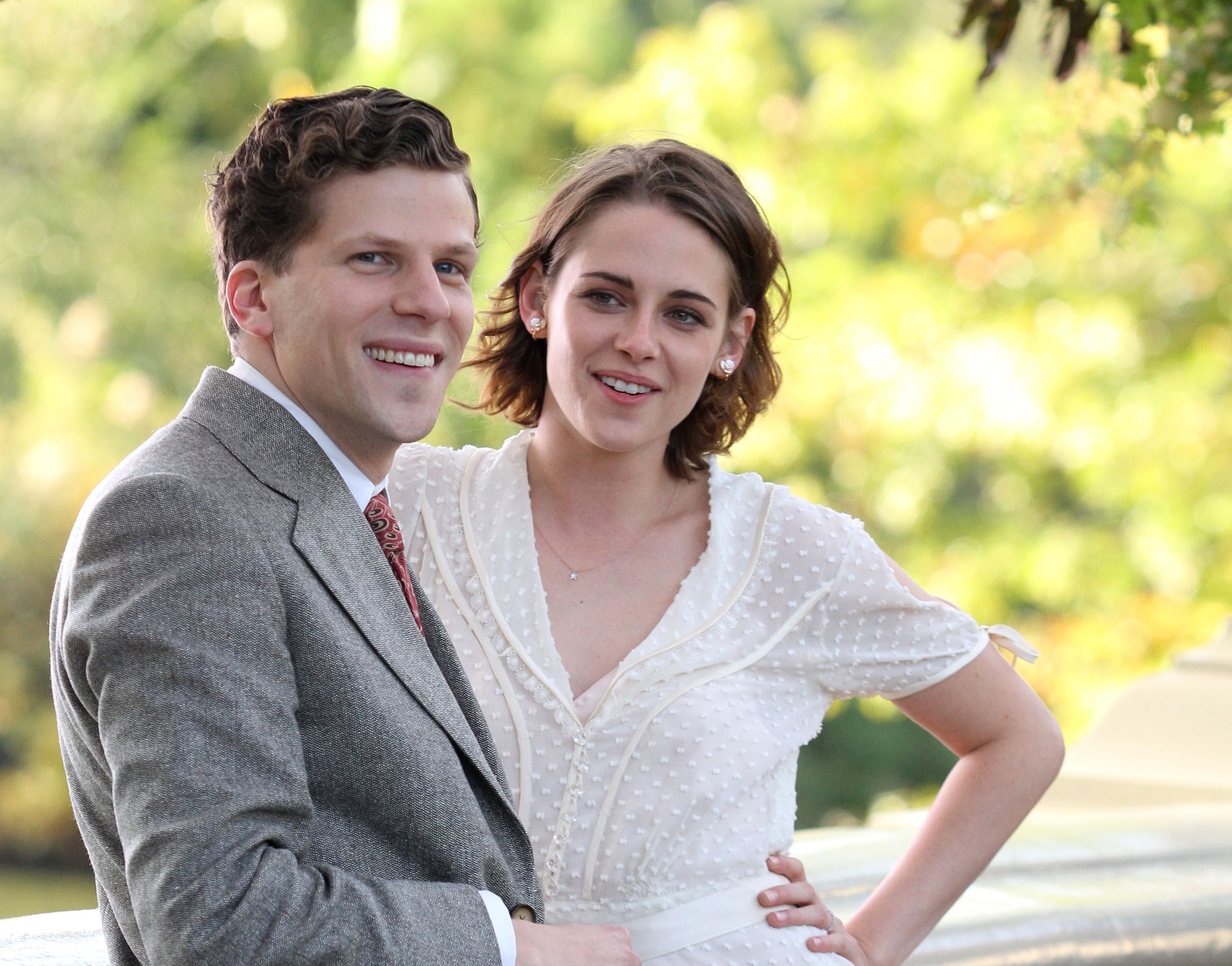