Kristen is on the cover (or three) of Marie Claire France ! Here are the first pictures thanks to @Gossipyal, the scans thanks to @Korita05, plus a new interview (translated by @Itsoktobeyouorg).

div align=”justify”>2016, the year of Kristen Stewart with five movies announced including Woody Allen’s new one, opening the Cannes Film Festival. Choices that say who the American actress and Chanel muse is. A young woman who – from look to sexuality – masters the codes of her time and knows how to plays with them without limiting herself by doing so.

Kristen Stewart knows what she wants: to not be bored and for no one to fuck with her. She don’t say it that way, but still said it. As her romance with the singer Soko fills the columns of the tabloids, she’s in a very alert mood. It’s 10am in Los Angeles, 7pm in Paris, the voice of the very beautiful Chanel muse turns the phone call into some bumpy ride. A rough journey, that’s worth the effort. Kristen Stewart is rock’n’roll. Smart, clear-headed, wild, she acts like she breathes. In the short film ‘Once and Forever’, real-fake shooting done in 2015 by Karl Lagerfeld, she was a young bratty actress portraying Gabrielle Chanel. Muse of the fashion designer since already two years, Kristen has the (pretty) world at her feet. Woody Allen gave her the main feminine role in ‘Café Society’, which will open the Cannes Film Festival. Olivier Assayas shot her in ‘Personal Shopper’, two years after ‘Clouds of Sils Maria’, which led her, big first, to win the César for Best Supporting Actress. Twilight is far behind. The baby star has become an American figure that we love, an arty muse who plays the game. Her own.

Café Society, Woody Allen’s latest, will open the Cannes Film Festival. Did you dream of working with him?

K: The idea of working with Woody Allen was intimidating. During the auditions, I doubted about my own legitimacy. At the end, I was really glad, I felt anchored, rooted. He is deeply intelligent, his off-the-wall way of approaching things… he instills depth in moments of pure comedy, this strange lightness is truly impressive. I was lucky.

Is there a place on earth where no one knows you?

K: It’s strange because it’s me saying it, but if I try to be objective I can tell you: ‘Damn, no, nowhere.’ Meeting people who don’t care, who have other priorities, is really nice. I’m not super-shy or reserved, but I’m not the most outgoing person. Feeling constantly scrutinized.. Facing this, I developed a crazy acuity. It can make me completely paranoid, like: ‘I swear to God they’re listening what I say.’

Your life is defined by your job…

K: Yes! My life is distorted by my job, it’s weird, because it’s related to the job itself. As actors, we must be completely “spontaneous” and “directed” in circumstances that are themselves under control. Planning spontaneity is, by nature, a contradicton. I live a bit in the same way. I like to live in the moment, but I also have to protect myself. In my life, not jostle the schedule is an effort but it allows me to know spontaneous moments. It takes a bit of an organization. Sometimes you just say: ‘Fuck it!’ You make silly stuff, and it’s ok. At the end of the day, the moments you experienced are yours. I don’t care about my image in general, as long as I can live my life. I don’t care who consumes it.

What do you love about celebrity?

K: Being an actor, creates ultra-strong bonds with people that, sometimes, you just met. Celebrity leads me to share this to a very large scale. We make movies to get closer to others, understand each other. I’m lucky, I love what I do, I make incredible encounters.

What do you hate about celebrity?

K: Waste time talking about it. (She laughs.) It’s like that all the time, like now, we’re on the phone for eight minutes now, we only talked about it. There’s not much to say, and nobody wants to hear you complain about a job many people dream of doing.

It’s been said that your team on photoshoots is incredibly cool and efficient.

K: For never having directed a movie, I do not have employees to fire.

It happens nevertheless that actors fire their agent, their publicist…

K: I work with the same team since I was 12 years old. The same stylist, the same publicist, the same agent, I have no manager. We’re like family, we’re doing a good job. It happened to me, on set while filming, to be photographed by people (that had nothing to do there), my staff protect me, they got these son of a bitch fired.

You grew up with three brothers. Does your mother told you: ‘Kristen, you’re beautiful’?

K: Yes, all the time! Constantly! We were so close when I was little, we still are. We were like buddies, the only girls in the family, she’d take me everywhere. Very young, I found myself with adults, and I think it’s very important to be like that with children. To leave them a margin of impliation and interaction, as if they were already what you want them to be. I was her buddy. Yes, her fucking darling little girl!

When you look at yourself in the mirror what do you see?

K: Honestly, man, when I was little… I know there’s nothing more annoying than actors or people considered seductive swaying bullshit like, “I was so ugly”, but let me tell you: I was like my brother until I was 14 years old. Terribly worried about it, really weird, totally gangling, clumsy, they took me for a boy. Constantly. The first time they put a microphone on me, the audio engineer put tape on my chest – don’t do a weird story of it, I was 10 years old. He pressed hard, saying: ‘Hey, you’re a tough kid, you’re all right son?’ And I answered, with a little voice: ‘Of course not, stop.’ (She laughs.) And it was like that absolutely all the time. At one point, I liked to be treated as someone of my kind. But do I love myself? Funny question. I’m happy, I’m very lucky, am healthy and I am aware of all of this.

You were apparently a tomboy. You used to fight as a child?

K: No, I never really fought, in the sense that I haven’t received or given punch. But being the youngest, I was really in the competition, to excess. Sometimes, I’m embarrassing myself, I go too hard and people say to me: ‘Calm down.’ But fighting, no! I don’t want to hurt people.

When you were 20, you played the game of the feminine woman with long hair. Why did you cut them?

K: I cut my hair for a movie, Equals, which will come out soon. It takes place in a dystopian reality, where all beings are genetically modified to be equal and watch over the group. They share the same curiosity. We all have the same appearance. I love having long hair, but I feel good with short hair, as if I was no longer hiding behind a veil. It’s a new version of myself.

Long hair send a message, the message of femininity.

K: Everyone loves long hair. Result: everybody looks the same. Our generation is shaping a new way of being oneself, detached from these outdated conventions that dictate what is valuing and what we should look like. So many girls would be devastated, terrified if we cut their hair: “Oh my god, I’m no longer pretty!” But yes, you are! It’s changing, very quickly by the way, the acceptance of this ambiguous nature. More and more, people are viewed as individuals. It’s cool, and quite easy actually. People who don’t allow themselves to look like what they really want to be, because of what people might think of them, make me feel sorry for them. This is crap, just awful.

My question may seem superficial to you, but have you noticed a difference in people’s look at you?

K: Ever since I have short hair, yes, there are people who don’t look at me anymore. Assholes like: ‘I don’t like you that much anymore!’. At first, when I was out without those long hair, I felt it: ‘Wow, the experience is slightly different.’

What’s worse, for you, at Hollywood: being a woman, being black or being gay?

What do you have to say to the group of men governing Hollywood?

K: Nothing, except: ‘Keep doing good movies, we try to do the same!’ I’m fully aware of how lucky I am, the number of opportunities in my hands. For me, being a woman in the film industry is not stressful, even if, it’s true, the roles for us are less numerous. I can’t ignore that there’s a real struggle on this subject but, to be honest, I don’t have that in mind at the moment, I work a lot, it works well, and I am delighted.

So you’re not following Jennifer Lawrence, who goes to war against income disparity between actors and actresses?

K: No, right now, I’m working on small movies in which we are like a family, all on the same level.

Is there a moment in your life when you did not feel free?

K: In life, you’re often your worst enemy. We’re all prisoners of ourselves in one way or another, growing and find out who we are, that’s the goal right? I really appreciate aging. With everyday passing, I feel more free, more close to what I want to be, it’s increasingly easy. I look at myself and I say: It’s ok dude, relax.

K: Watching people around you is a good way to measure your own worth. My friends and people I work with are exceptional. My work is my life, my life is my work. So yes, I look at these amazing people around me. I’m in their lives because they are great. Conversly, if they’re there, there’s a reason, I have to be pretty cool. 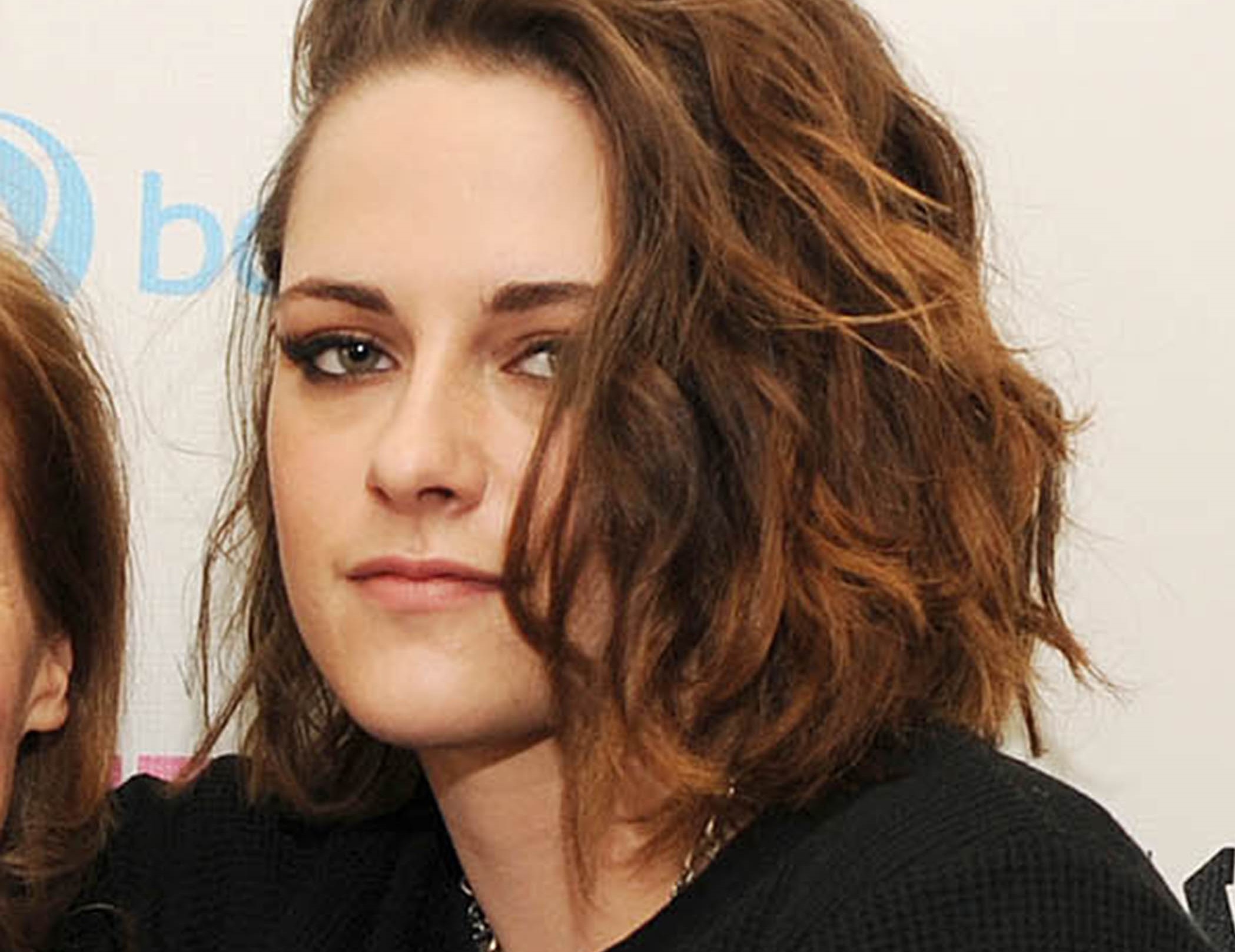