The Hollywood Reporter : Films starring Kristen Stewart, Adam Driver, Casey Affleck and Isabelle Huppert will screen at the fest, kicking off Sept. 30.
“Good filmmaking is by people who need to get their films made, and will do anything it takes to do that,” Kent Jones, New York Film Festival director and selection committee chair, told reporters Tuesday morning, as the Film Society of Lincoln Center unveiled the 2016 fest’s main slate.

The 54th New York Film Festival runs Sept. 30 through Oct. 16. Selections for its Special Events, Spotlight on Documentary, Retrospective, Convergence and Projections sections, as well as filmmaker conversations and panels, will be announced in the coming weeks. See the full main slate below.

The Film Stage : The 2016 New York Film Festival line-up has arrived, and as usual for the festival, it’s an amazing slate of films. Along with the previously announced The 13th, 20th Century Women, and The Lost City of Z, there’s two of our Sundance favorites, Manchester By the Sea and Certain Women, as well as the top films of Cannes: Elle, Paterson, Personal Shopper, Graduation, Julieta, I, Daniel Blake, Aquarius, Neruda, Sieranevada, Toni Erdmann, and Staying Vertical. As for other highlights, the latest films from Hong Sang-soo, Barry Jenkins, and Matías Piñeiro will also screen.

Entertainment Weekly : The New York Film Festival announced its main slate of movies for this year’s event, a lineup of 25 film that includes the top prize winners from the Cannes and Berlin film festivals.

“We’re not interested in selecting a movie just to put stars on the red carpet,” NYFF director Kent Jones said at a press event for the lineup unveiling. “I’m immensely proud that we’re showing all of these films. They’re all vital and important works. And none of our selections are made to satisfy a niche. Good filmmaking are by people who are going to drop dead if they don’t get their films made. That’s what all these films represent.”

Jones told EW that the selection committee casts a very wide net, considering hundreds of films for consideration every year. “Every year is different,” he said. “Last year, Spielberg happened to have made Bridge of Spies and Zemeckis happened to have made The Walk. Zemeckis, for example, is not ready this year with his new movie. But we have no shortage of great filmmakers to chose from.” Jones singled out the nearly three-hour German comedy Toni Erdmann, which Sony Pictures Classics will release on Christmas, as an example of one of the festival’s most exciting offerings.

Check out the short teaser video for the festival above (featuring a quote from EW’s own Jeff Labrecque) and stay tuned here for more updates on the event (running Sept. 30-Oct. 16) in the coming weeks.

IndieWire : The Film Society of Lincoln Center has unveiled the 25 films that will make up the Main Slate of this fall’s 54th New York Film Festival, including a number of festival favorites — with plenty of Cannes crossover and Sundance premieres rounding out the list — and a generous dose of early awards contenders. NYFF Director and Selection Committee Chair Kent Jones presented the slate to a select group of press this morning, where he made it clear that he was very proud of a slate that includes a hefty dose of “vital and important works.”

NYFF will additionally play home to the Dardennes Brothers’ “The Unknown Girl,” which Jones said had been “altered” since its Cannes premiere, thanks to tweaks that “change the pace of the action in relation to the lead character.”

Returning NYFF veterans include Pedro Almodóvar, Kelly Reichardt, Hong Sangsoo, Matías Piñeiro, Paul Verhoeven, Alain Guiraudie and Eugène Green. NYFF will also welcome a handful of filmmakers for the first time, including Kenneth Lonergan with his Sundance sensation “Manchester By the Sea,” Kleber Mendonça Filho with his Cannes premiere “Aquarius,” Alison Maclean with her coming-of-age story “The Rehearsal,” Dash Shaw with the TIFF premiere “My Entire High School Sinking into the Sea” and Barry Jenkins, who will screen his three-part portrait of a young gay African-American man, “Moonlight,” at the festival.

Below are the first additions to the NYFF 2016 lineup. NYFF Special Events, Spotlight on Documentary, Retrospective, Convergence and Projections sections, as well as filmmaker conversations and panels, will be announced in the coming weeks. The festival runs September 30 – October 16. 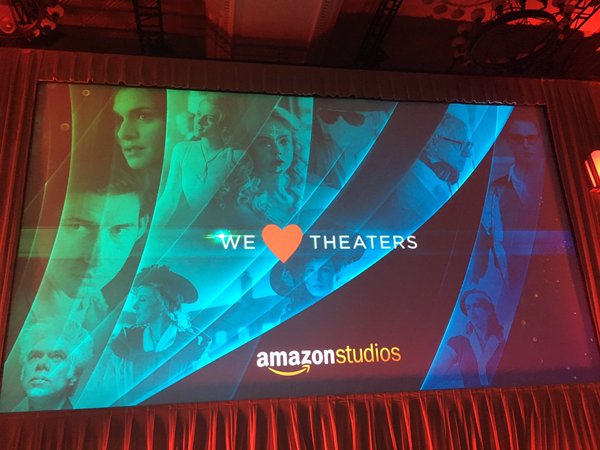