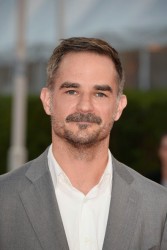 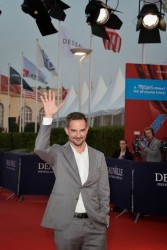 Au Café des Loisirs : Rated: 8.5/10
With this first movie, Peter Sattler immerses us in the hell of Guantanamo. We follow the soldier Amy Cole who lands in these corridors full of surprises, but also adrenaline. A motto to follow, not to sympathize with the inmates. Far from blockbusters, we have Kristen Stewart in the role of the female soldier. Casual and comfortable in these rangers, Kristen Stewart surprised us in this hard role both physically and psychologically. She convinced us from start to finish. Peyman Moaadi which is like a partner, plays his character perfectly he produced an intense and moving performance. As for Lane Garrison he impressed us with his strength and plays a firm soldier who will do anything to not let anyone get in his way. The rest of the cast bring a psychologically strong and heavy key in the corridors of hell. The staging is carried by a beautiful music.

With Camp X-Ray, Peter Sattler takes us into a nightmare that will not leave us indifferent and will make us think a lot. Carried by an incredible cast and a perfect Kristen Stewart we are totally satisfied thanks to their talent. Camp X-Ray takes us into an intense, powerful and tough but also deeply moving place.

Clap Magazine : Rated: 4/5
Peter Sattler, for his first movie, deals with the heavy subject of Guantanamo: foiling the pitfalls of a controversial subject and denouncing in a subtle way, the inhuman conditions of detention, Sattler succeeds in his bet and positions himself as a possible successor of the director of Born on the Fourth of July born and Platoon.

On September 11, 2001, Oussama Ben Laden and his buddies, in addition of the atrocities committed, signed a blank check to the Bush administration. The United States, built on violence, not short on slip-ups (atomic bombs), step into the breach, shocking on a regular basis the international opinion. Especially with the camp of “detainees” at Guantanamo (not a camp of “prisoners”, we learn in the movie: the detainees are not within the scope of the Geneva Convention, they are deprived of all their rights). Regularly blamed, promised to close (by Bush then by Obama), Guantanamo has rarely been treated in movies: you must have broad shoulders with the many accumulating traps.

Neutrality seems out of place (being neutral, is endorsing), but the charge can’t be too violent. And that’s where the director succeeds beautifully. With a clinical direction, nearly documentary (it only leaves the camp the time of two sequences and shows military routines after military routines – at the mess, on guards…), he denounces with small touches the conditions of detention, without ever rocking the boat: small humiliations, light lit all day and night in the cells, food eaten by the nose by force… Above all he avoids the pitfall principal: he never transforms the American military into monsters torturers. They do their job, without much perspective on the general situation (as noted by a leader, the job of everyone, including him, is to obey his superior) but ultimately ar never out of control, and may even be able (especially for the heroine), of empathy. And thanks to that, gradually a relationship emerges, if not ambiguous, at least friendly and respectful between the soldier Cole and the detainee Amir (about which we’ll never know if he’s guilty of anything, or just suspected): she will help him to hold on, while at his contact she’ll see her convictions.. fail. Carried by a very good Kristen Stewart (whose acting skills can’t be overshadowed by Twilight) and an impressive Payman Maadi (A separation), this duo seems to mean that not everything may be screwed. A simple, moving, engaged, first movie: we hope hear more from Peter Sattler very soon.

Mondociné : Camp X-Ray impresses with its elegant staging, by the power of its controversial and courageous story, or the quality of its performances (A wonderful K. Stewart, a very good Peyman Moaadi).

La Bobine Sélective : I’m happy to say that I have here the best movie since the beginning of the festival. This story of a friendship between a soldier played by Kristen Stewart and an inmate played by Payman Maadi sounds very right and pushes us to tears. The fact that it’s a first movie is even more surprising given the mastery shown by Sattler (directing of actors, rhythm…). Let’s cross our fingers now that the movie will find a French distributor soon.

‘Camp X-Ray’ is in the official selection of the Deauville American Film Festival but out of competition.