Kristen was a guest on the Tonight Show with Jimmy Fallon last night where she talked about her new movie ‘Camp X-Ray’, rescuing her dog Cole during filming, and playing ‘Ring Around the Nosy’, wearing an elephant mask for the occasion.
Kristen was wearing a Polo Ralph Lauren top and skirt and Christian Louboutin “Viennana” shoes. 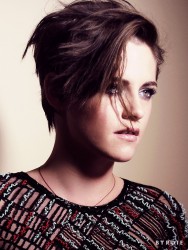 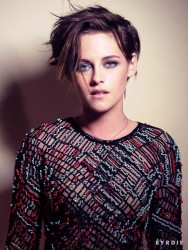 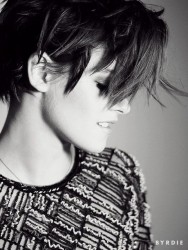 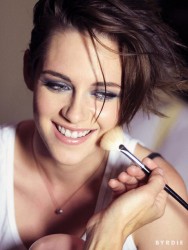 Entertainment Weekly : Camp X-Ray may be about as far from Twilight as Kristen Stewart can get, but in her portrayal of a young guard serving at Guantanamo Bay, she does find herself back in the YA-lit world, if ever so briefly.

Her character, Private Amy Cole, starts to develop a delicate friendship with detainee Ali Amir (A Separation‘s Peyman Moaadi) when she discovers he’s a big fan of the Harry Potter books.
“The movie is really about their relationship and how they have to deal with each other on a day to day basis,” director Peter Sattler told EW after the film’s premiere at the Sundance Film Festival. “They have these weird ups and downs as they struggle to make their way through this.”
Check out an exclusive clip from the film below in which Amy Cole implores Ali Amir to follow the rules of the camp for his own well-being. END_OF_DOCUMENT_TOKEN_TO_BE_REPLACED

The Opening Night festivities and the Award Show will be held at the Hilton Midtown, with all screenings and panels running at the AMC Empire Multiplex located in Times Square. The announcement was made by AAHSFF founder and filmmaker Andrew Jenks star of MTV’s “World of Jenks.”

This year’s festival includes participation from celebrity judges and presenters who are among the world’s most successful filmmakers, actors and directors including:

· Mike Figueroa (Actor, “A Walk Among the Tombstones”)

In addition, 24 film schools will participate in the festival’s College Fair including UCLA, Santa Fe College of Art and Design, SVA, SCAD, Relativity School, Elon University, The Los Angeles Film School, MCAD and The New York Film Academy among others.

More than 2,000 students from across the country are scheduled to attend. In 2013 and 2014, the festival received more than 2,200 film submissions from 48 states and 17 countries, highlighting a global community of young filmmakers. The field was narrowed down to 294 official film selections which will be presented throughout the three day festival.

A full list of films and filmmakers can be found at http://www.hsfilmfest.com/2014-screening-times/

“This is a record setting year for the AAHSFF as we saw the highest number of film submissions and overall participation from students and professional filmmakers alike, who want to come together and collaborate on the future of filmmaking,” said Andrew Jenks. “In 2014 we will have keynotes and discussions from some of the most notable filmmakers in the world, who all want to give back, teach and inspire young filmmakers just getting started.”

The festival is the brainchild of award-winning filmmaker Andrew Jenks, described by the Village Voice as ‘the voice of his generation’. His films have been distributed by HBO and ESPN and his critically acclaimed documentary series, ‘World of Jenks’ received #1 ratings on MTV. Andrew is currently directing/producing several episodes of ESPN’s “30 for 30” series, in addition to directing/producing several documentary films.

The All-American High School Film Festival is the premiere showcase for talented high school filmmakers and media arts enthusiasts from around the world. Our mission is to connect the filmmakers of the future with the rewards, respect, and recognition they deserve.