LA Times : Trns out putting together one French filmmaker, one international grande dame and two young American stars makes for lightning in a bottle. “Clouds of Sils Maria” is an electric combination of self-awareness and emotional exploration told via a story that touches on time, celebrity and meteorological phenomena.

Writer-director Olivier Assayas and actress Juliette Binoche have something of a history, because Assayas’ first produced feature screenplay was co-writing André Téchiné’s 1985 film “Rendez-vous,” which made a star of Binoche. They would not work together again until Binoche appeared in Assayas’ 2008 ensemble family drama “Summer Hours.” After that Binoche asked Assayas to write something for her to star in.

He honored her request and came back with “Clouds of Sils Maria,” a slippery treatise on identity and artistic persona and the passage of time. Binoche plays Maria Enders, a famous actress who is about to appear onstage in a revival of the play that made her a star. Yet now she will take on the role of a fading older woman while her former part as the seductive young ingénue will go to a tabloid-notorious starlet (Chloë Grace Moretz). Enders’ devoted assistant Valentine (Kristen Stewart) struggles to keep her boss on course while also trying to maintain her own sense of self.

“We’re friends, but it’s not like I know so much of her,” said Assayas of Binoche at last fall’s Toronto International Film Festival. “What is Juliette’s day-to-day life? I have no idea. Some part of Maria is based on the Juliette I know, part of it is based on what I fantasize.”

“At some point I realized that one layer of the film was that this is a movie where the identity of the actors is always present,” he said. “Usually in movies you forget about them, you’re trying to erase as much as you can of whatever the actor is, so that the audience focuses on the character. Here it’s the opposite.”

The film, mostly in English and opening in Los Angeles on April 10, becomes an inside-out variation on “All About Eve” or perhaps a female-centered version of “Birdman,” drawing not only on the characters within the drama but also very much on public perceptions of Binoche, Stewart and Moretz. The actresses boldly put themselves, their personas and what audiences know (or think they know) about them into the film itself. That much Binoche, an Oscar winner for “The English Patient” seen recently in the big-budget “Godzilla,” was not expecting.

“I always liked him without really knowing him,” said Binoche of Assayas while also in Toronto. “So in a way provoking him to write and do a film together, it was like saying, ‘Here I am. Are you ready?'”

“I think he wrote this, and after that it was like, ‘This is my gift, and now you give back.'”

After premiering at last year’s Cannes Film Festival, the movie went on to a number of prestigious fall festivals, including Toronto, New York and Los Angeles’ AFI Fest. Then in February, Stewart became the first American actress to win at the Cesar awards, France’s Oscars, picking up a supporting actress prize. (Stewart has another permanent reminder of the role — she had a tattoo put on her forearm for the film inked for real.)

“The whole experience has opened me up to a world that has been undiscovered,” Stewart said recently by phone in Los Angeles. “There’s a willingness to risk that you don’t find in American movies. They don’t feel planned, they feel accomplished and discovered. It opened something up in me, it was very exciting. I’ve been working since I was a kid, and this is fresh and exciting and why I love to do it.”

As the film was coming together, there was one casting configuration in which Mia Wasikowska was to play Valentine and Stewart would take on the other role of, in her words, “the super-scandalous famous person” that would more directly play on her background as star of the “Twilight” franchise. Yet once the cast settled into place with Binoche and Stewart as star and assistant, things forged ahead.

“There was this really interesting dynamic between Juliette and Kristen that was completely unexpected,” said Assayas. “I had no idea it would go that far or they would build on it that strongly. It was something I was a spectator of and gradually encouraged. As long as it didn’t break, let’s push it further and further.”

In a scene in a casino bar in the Swiss Alps, Binoche did a spontaneous spit-take at something Stewart said; in another moment Stewart suddenly touched Binoche’s face in a disarmingly tender way.

“It’s the kind of thing Kristen would come up with and do it once. Never twice,” said Assayas. “She’s a very fascinating actress, I must say. I don’t think I’ve ever worked with an actress who has such a consciousness of her body. She has this incredible knowledge of her movements, like a dancer.

“At the same time she completely opens up and could get into improvised moments. Which is something that doesn’t come naturally to her. It’s really something that Juliette really brought out of her.”

In an electrifying series of scenes that form the center of the film, Binoche and Stewart are rehearsing the play at a secluded mountain cabin. It can become unclear if they are speaking as the characters in the play, their roles in the movie, or most intriguingly, as their actual selves, confronting the realities of acting and celebrity.

In the role of Valentine, with offhand remarks about teen audiences, werewolf movies and the craft of acting in franchise films, there are moments Stewart in particular seems to be directly addressing the audience regarding her own feelings on the conflict between celebrity and art. In a sense the character is able to say things that the actress playing her cannot.

“I’m not allowed to say them,” Stewart agreed, “but somebody on the outside, they’re allowed to speak candidly about something because it’s not personal to them. So they won’t be condemned for whatever projected ungratefulness. You’re standing behind something, but it’s very thin, so it’s like, ‘I still think this.'”

“And by the way, I had nothing to do with the words, they were fully written before I ever had the part. And Olivier didn’t plan on finding someone who has this personal experience with what she’s commenting on, it just happened that way. You can see in those scenes I’m stifling joyous laughter.”

That quicksilver sense of capturing something rare informs the movie all the way through. In a breathtaking moment, Binoche is alone on a mountainside in Switzerland’s Engadin Valley as the Maloja Snake, an unusual cloud formation, moves through below.

It’s easy to imagine a film production waiting on a hillside for days and days for the weather to be just so, though modern audiences may also naturally assume the shot was created through digital effects. Assayas allows there was some trickery involved; while Binoche feels that in the spirit of the movie it is best to leave some things uncertain.

“I’m not going to reveal the secrets of the snake. I’m not revealing the truth of it,” she said. “You have to stay with the poetry of thinking that it’s just the right moment. The feminine is a mystery. It has to be.” 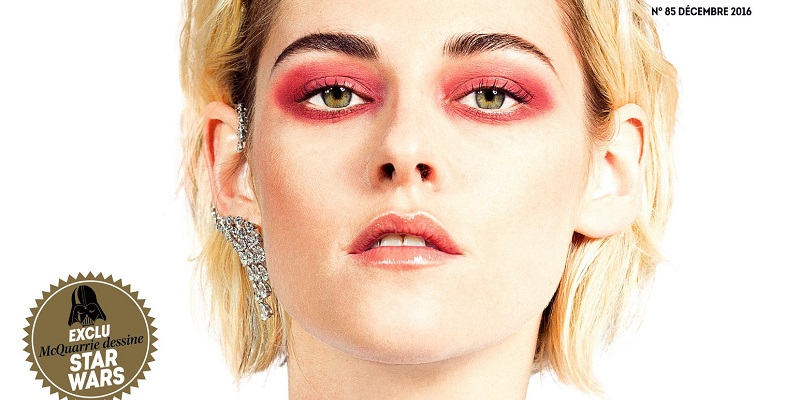